Hurlers secure eleventh league title after epic in the Sun

A busy few days saw the Newmarket hurlers regain the Duhallow Junior A league title, last won by the club in 2018.

Newmarket made the repeat journey to Banteer, this time on a sunny Sunday morning, with Dromtarriffe the opposition. As was the case in the semi final, the concession of an early goal was quickly nullified by Newmarket through points from Conor O’Keeffe (2) and Mikey Cottrell. Further frees from O’Keeffe and a point from club stall-worth Kevin O’Sullivan put his side ahead for the first time in the contest on fifteen minutes, 0-06 to 1-02. Newmarket stretched further ahead through Darren O’Keeffe, Barry O’Connor and Conor O’Keeffe (3), with Dromtarriffe netting for a second time on 22 minutes, to level up the final, 0-11 to 2-05. The sides trades scores for the remainder of the half, with Mikey Browne, Darren O’Keeffe, Conor O’Keeffe (65) and Gavin Forde all on target for Newmarket, resulting in a narrow one point lead at the short whistle, 0-15 to 2-08.

Newmarket got the second half off to the perfect start, with captain Conor O’Keeffe netting a goal early on. Scores from Mikey Browne and Kevin O’Sullivan maintained the three point lead heading into the final quarter hour. A strong period from Dromtarriffe saw them regain parity. Points from Mikey Cottrell, John Ryan and Barry O’Connor restored the three point lead, with five minutes renaming on the clock. A late flurry of Dromtarriffe points levelled the contest on 62 minutes, with a following point giving them the lead in added time. The next puck-out was claimed by Kevin O’Sullivan, with Gavin Forde scoring a resultant free, sending the pulsating contest to extra time.

In the opening half of extra time, Dromtarriffe stretched out a three point lead for the first time since the early moments of the contest, outscoring Newmarket 0-01 to 0-04 in the period, with Gavin Forde on target for Newmarket. A Conor O’Keeffe free at the start of the second half was cancelled out moments later. The final was level with the next score of the game, when a Conor O’Keeffe free evaded the Dromtarriffe defence, with the ball ending up in the opposition net. A Barry O’Connor brace pushed Newmarket ahead, with Dromtarriffe closing the gap to one shortly after. A further point from Conor O’Keeffe, followed by a finishing score from Mikey Browne, sealed a fantastic 2-27 to 2-24 win.

Huge credit goes to both sides for what was a titanic effort under the soaring sun. Congratulations to the Newmarket, their captain Conor O’Keeffe and mentors, on winning the title. Áth Trasna Abú! 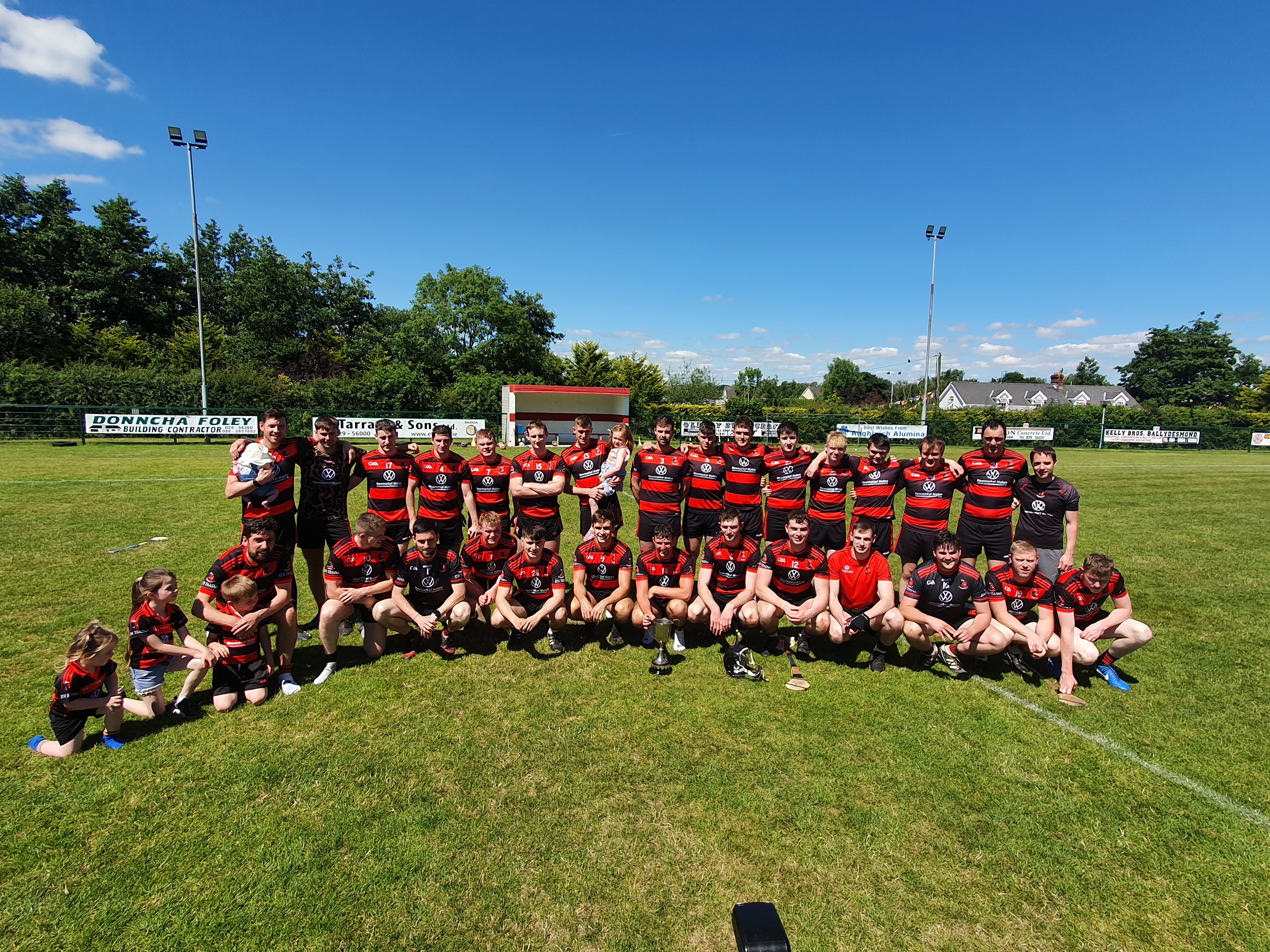