The Evening Echo have released their yearbook, covering the last twelve months of Cork GAA, not that we will ever forget it. 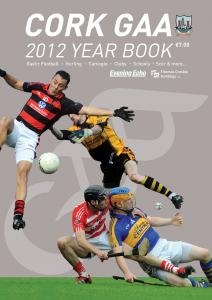 Newmarket GAA Club will be running a Victory Celebration Dance on Thursday, December 29th at Hourigan’s Lounge commencing at 9:30pm. Music will be provided by David John & Dave. Tickets are priced at €10 and proceeds will go towards a training fund for the Newmarket team that brought the County Premier Intermediate title to the club last October.

The Annual General Meeting of Newmarket GAA Club took place in the Clubhouse meeting room on Sunday last. Outgoing chairman Victor Lane welcomed those present before the minutes of the previous years AGM were read and adapted.

END_OF_DOCUMENT_TOKEN_TO_BE_REPLACED

The Annual General Meeting of Newmarket GAA Club will take place on Sunday, December 18th in the clubhouse meeting room at 4pm. All club members are requested to attend.

END_OF_DOCUMENT_TOKEN_TO_BE_REPLACED

Junior to Senior in thirteen years 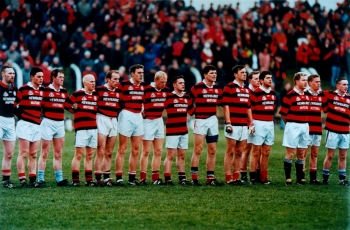 That great day in Newmarket’s history and meant the club would contest Intermediate Football in 1999. Constant improvement at the grade culminated in a final appearance in 2002, only to be defeated by Nemo Rangers. The competition was split in 2006 with the formation of an Intermediate and a Premier Intermediate grade. Newmarket were placed in the latter, due to the Club’s consistent form in the previous years.

The following period brought mixed fortunes, a semi final appearance in 2008, followed by relegation fights in 2009 and 2010. 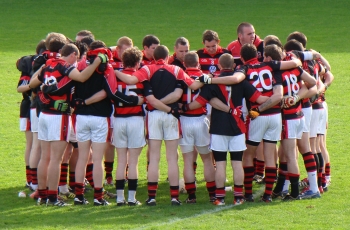 Then came 2011, which had both relegation and championship battles. It couldn’t get any better. Less than two months ago, Newmarket sealed their place in history and the Senior championship with a fantastic victory in the Premier Intermediate County final.

So, for the first time since 1928, Newmarket will contest the Cork Senior Football Championship in 2012. It has been a bit of a wait, but we are happy to be there!