The gallery has been updated with photos of the Newmarket GAA 2009 Cúl Camp, held from the 17th to 21st of August. The event was attended by Cork players Donnacha O’Connor and Michael Shields. 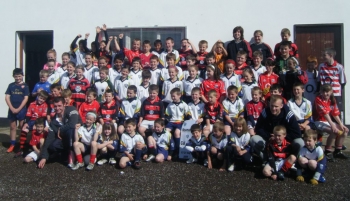 Congratulations to all involved.

Thursday, September 17th, 2009
Newmarket were defeated by Lismire in the junior B hurling championship clash played in splendid sunshine at the latter’s venue on Sunday afternoon where a strong second half performance saw the home side emerge victorious by 1-14 to 0-7.
Lismire started the brighter and they hit the front thanks to three points in the opening seven minutes. Newmarket settled into the game when Seanie Francis O’Connor converted a free in the eleventh minute before impressive midfielder Liam Murphy added a fine individual point within seconds. Lismire had a fourth point but Newmarket impressed, with Liam Murphy again adding a quality score before a neat finish from Paul Verling had the sides level for the first time at 0-4 each in an entertaining contest. Lismire edged in front again but Newmarket tied the sides for a second time five minutes from the interval when the impressive Seanie Francis O’Connor landed a fine point from a difficult angle. Within a minute a pointed free from Seanie Francis O’Connor had Newmarket in front but a lively first half ended with Lismire restoring parity for the third time in the half which left the sides deadlocked at 0-6 each at half time.
Exchanges were tight in the early period of the second half but critically Lismire struck for a goal in the fourth minute and they gained impetus as a result with two points added despite some resolute defending and goalkeeping from Newmarket’s rearguard. As the end of the third quarter approached Lismire assumed further control on adding two points to enjoy a seven point advantage. Newmarket battled gamely but found a Lismire defence that was a tight unit and withstood Newmarket’s best efforts. Lismire added to their tally before Seanie Francis O’Connor eventually found the target for Newmarket in the closing minutes but it was Lismire who completed the scoring to run out clear victors in the end.
The Newmarket team was…
Kieran Hayes, William O’Flynn, Seán Irwin, David Kelly, Michael Kenneally, Brendan Stack, Denis McCarthy, Timothy Murphy, Liam Murphy (0-2), Timmy O’Keeffe, Seanie Francis O’Connor (0-4), Martin O’Doherty, Paul Verling (0-1), Billy Daly, Kieran Lehane. SUBS: John Cronin, Michael O’Callaghan, James Walsh, Matthew Fitzpatrick, Damien Kelly.

Newmarket were defeated by Lismire in the junior B hurling championship clash played in splendid sunshine at the latter’s venue on Sunday afternoon where a strong second half performance saw the home side emerge victorious by 1-14 to 0-7.

END_OF_DOCUMENT_TOKEN_TO_BE_REPLACED

Further congratulations go to Christophers GAA of Boston Massachusetts, on winning the North American Senior Football Championship against Parnells of Chicago on an impressive scoreline of 4-15 to 0-07 last weekend. 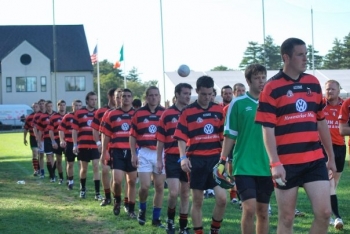 END_OF_DOCUMENT_TOKEN_TO_BE_REPLACED

U16 Footballers win back door game

After suffering the narrow defeat to Kanturk two weeks ago the Newmarket U16 boys re-grouped to face Knocknagree, in Knocknagree, on a showery wet evening last Thursday (Sept 3rd) in the first round of the back door group in this years championship.

END_OF_DOCUMENT_TOKEN_TO_BE_REPLACED

Newmarket lose opening round of Under 21 championship

Newmarket were defeated by Banteer in the opening round of the Duhallow Under 21 hurling championship at the latter’s venue on Saturday evening where the home side emerged victors by 2-15 to 1-8.

END_OF_DOCUMENT_TOKEN_TO_BE_REPLACED

Congratulations to Christophers GAA of Boston Massachusetts, on winning the Senior Football Championship for the first time in their 22 year history. A powerful second half performance against Shannon Blues brought victory on a scoreline of 0-14 to 0-08, on Sunday last. 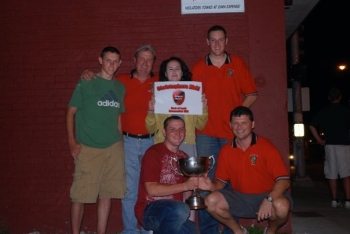