Newmarket are Duhallow under 21 football champions having defeated Kanturk in Rockcapel on a scoreline of 0-12 to 1-05 this afternoon. 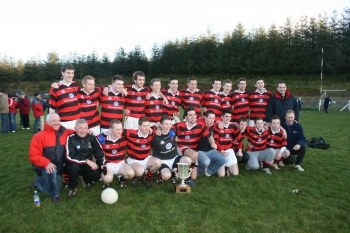 The back to back champions led 0-07 to 0-03 at the half way mark and maintained that advantage for the majority of the match. Full report to folllow.

December 6th 1998 will live long in the memories of everyone in Newmarket. Its been 10 years since that great day, and to mark the occasion NewmarketGAA.com will be posting the reports from all the championship games in 1998. 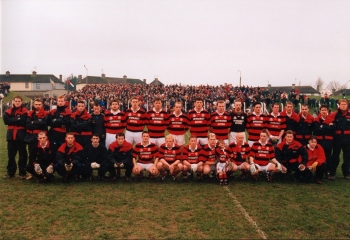 Starting on Sunday we will post a report on the Kiskeam game, followed by the other Duhallow championship games. On Wednesday we will have the game against Crosshaven, when Newmarket played in Meelin jerseys. Then it will be the 2 games against Brian Dillons. Finally on Saturday December 6th 2008, 10 years after the match, we will post the report from the final itself, played before 10,000 spectators in Charleville.

The gallery has been updated with some new pictures of the ongoing developments at the field. As is evident from some older pictures shown below, great process is being made. 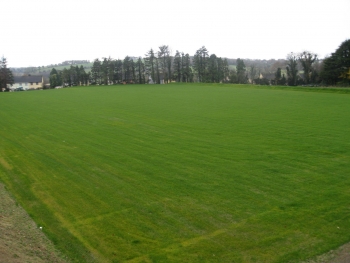 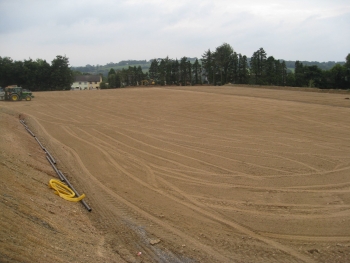 END_OF_DOCUMENT_TOKEN_TO_BE_REPLACED

The website has gone under some internal changes in recent weeks and months to improve its behaviour and flexibility. Following on from this we have begun to add two new resources, a gallery section for match programmes and a results archive. 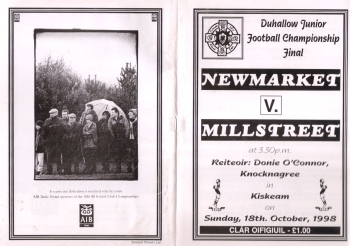 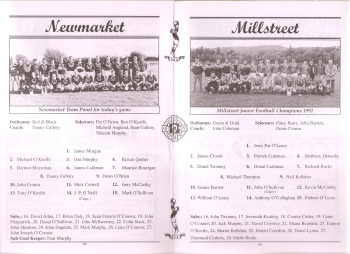 To help us expand these sections please consider sending us electronic copies of old programmes you may have (front & inside page) or old match results.

All contributions welcome to website@newmarketgaa.com or via the contact page.

The Newmarket Minors lost to Boherbue in the league final played last Saturday in Boherbue on a score line of 2-4 to 7 points. The final was played in atrocious conditions in Boherbue on a wet and windy day which had a damper on the football.

END_OF_DOCUMENT_TOKEN_TO_BE_REPLACED

Newmarket and Valley Rovers drew, 1-6 to 0-9 in the semi final of the intermediate football league, Division 3, played in horrendous conditions at the superb Cloughduv GAA complex on Friday evening.

END_OF_DOCUMENT_TOKEN_TO_BE_REPLACED

Update [11/11/08: 23:54pm] : The planned security maintenance is complete.  Please use the contacts page for feedback or to report any issues.

[11/11/08: 22:24pm] : Maintenance is continuing. Certain components such as the gallery may not function over the next few hours.

END_OF_DOCUMENT_TOKEN_TO_BE_REPLACED

Newmarket’s under 21 hurling team suffered a disappointing defeat against Meelin in the semi final of the Duhallow championship at Meelin on Sunday, the home side emerging easy winners by 0-18 to 0-5.